Stourbridge is a town within the Metropolitan Borough of Dudley in the West Midlands. Stourbridge takes it name from the River Stour, which flows through the town and was a centre of glass making and now includes the suburbs of Amblecote, Lye, Norton, Oldswinford, Pedmore, Wollaston and Wollescote.

Stourbridge’s shopping centre lies on or near the high street. Here can be found branches of many banks and building societies as well as big retailers. There is also a Weatherspoons pub and a number of food outlets and cafes. Off the High Street is the Ryemarket shopping centre which houses a number of shops including a Waitrose and W H Smith.

Stourbridge borders on to green belt land, and is close to unspoiled countryside with rural Shropshire close by to the west. The Clent Hills, Kinver Edge and large areas of farmland lie to the south and west.

Glass manufacture peaked in the 19th century, encouraged by the availability of canal transportation, which enabled the importing of large amounts of fine sand from Ireland and by 1861 all eleven glass factories in Stourbridge were located alongside a canal.

Stourbridge glass is recognised as amongst the finest in the world and has been commissioned countless times as gifts for royalty and visiting dignitaries. However, in recent years, the industry has been affected by globalisation, with the glassmaking companies moving abroad.

Athena poster was born in Pedmore. It was created by her then boyfriend, local photographer Martin Elliott. 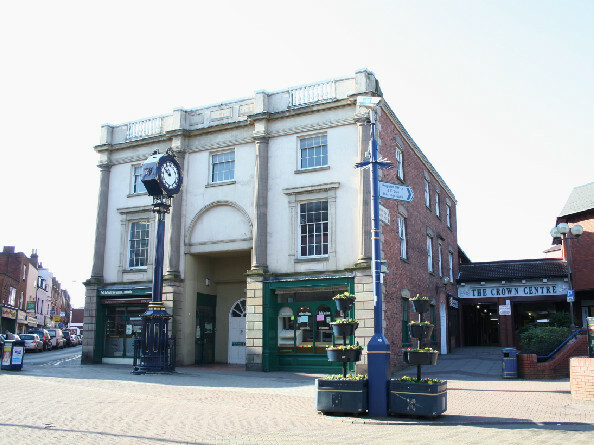