Smethwick – is a town in the Sandwell Metropolitan Borough.

One of the oldest buildings in Smethwick is The Old Church which stands on the corner or Church Road and The Uplands. This was consecrated in 1832 as a Chapel of Ease in the parish of St Peter, Harborne, Birmingham.

The Grade I listed Galton Bridge spans the New Line canal and railway. When built in 1829 by Telford, it was longest single-span bridge in the world.

Matthew Boulton and James Watt opened their Soho Foundry in the North of Smethwick. It is now the home of Avery Weigh-Tronix.

The world’s oldest working engine, made by Boulton and Watt, the Smethwick Engine, originally stood near Bridge Street, Smethwick. It is now the Thinktank, the new science museum in Birmingham. Matthew Boulton House in Soho Avenue was built in Georgian neo-classical style after 1761 and is set in extensive landscaped grounds overlooking the manufacturing site.

Former Prime Minister John Major’s parents married at Holy Trinity Church in Smethwick while they were on tour with a music hall variety act.

Smethwick has a long association with canals, which were the town’s first major transport links from a time before decent roads and of course railways. The Birmingham Canal Navigation Old and New Main Line Canals run through the industrial areas and right past the High Street running parallel to the Stour Valley Railway Line: all three terminate in Wolverhampton.

Today Galton Valley is a nature area and of more historical interest than commercial, and used mainly for leisure rather than transporting commercial goods. A variety of mature and new housing is found within the locality.

Famous people from Smethwick include: 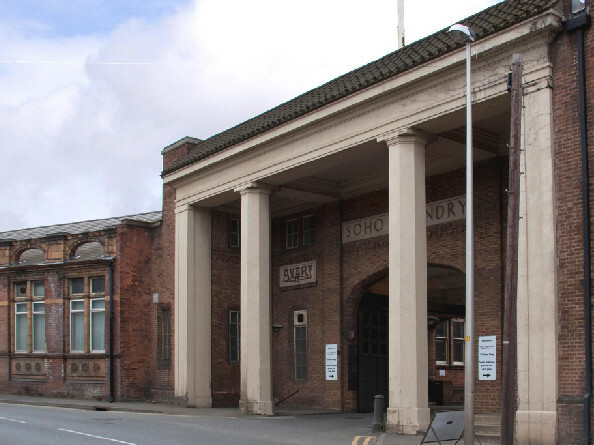