Quinton is a suburb on the western edge of Birmingham, England. . Quinton borders the Birmingham suburbs of Harborne, Bartley Green and the Black Country. It is separated by the M5 motorway from the Black Country town of Halesowen.

Christ Church was built in red sandstone in the early English style, having a centre aisle, chancel and bell turret with one bell. It also has four handsome, stained glass windows of the Victorian era. It was built on land given by Lord Cobham in 1841

The largest open space is Woodgate Valley Country Park, through which the Bourne Brook flows, dividing Quinton from Bartley Green.

The area developed along the Kidderminster and Birmingham Road which had been turnpiked.

The Tollhouse – an octagonal building situated on the corner of Hagley Road West (Quinton Hill) and College Road and dated c 1877, was demolished in 1946.

In 1844 Lewis’s Topographical Dictionary describes Quinton as having the inhabitants mostly employed in nail making and agriculture. In fact the oldest house in Quinton stands on the corner of High Street and Ridgacre Road West and is call the ‘Nailers Cottage’. The rear of the cottage contains the windows from the old Tollhouse, demolished in 1946. The nailers traded as small cottage industries and the nail-factor, a man by the name of Samuel Dingley, would deliver raw materials and then collect the finished article, paying out only a few pence to the nailer as recompense for their labours.

To the rear of the houses in Meadow Road stood a recreational area known as Quinton Park. The park still remains, although greatly reduced in area because of the provision of housing and the path of the M5 motorway.

The older part of Quinton around the church is built largely of Victorian terraced houses. The area is almost entirely residential, though there are typical local service businesses and an office park has recently been developed on the Quinton Meadows site adjacent to the motorway. The area is served by Quinton Library and community centre situated on Ridgacre Road.

Lapal is a residential area in Halesowen. It is situated in the east of the town on the border with Birmingham. Most of the houses were built between 1930 and 1980. In the late 1970s the large Abbeyfields estate was built alongside the disused Lapal canal, adding to its already extensive owner-occupier housing stock.

It is considered the most affluent suburb of Halesowen, commanding the largest average house prices of all the suburbs in the town.

Also to be found in the area are the ruins of the thirteenth century Halesowen Abbey, located in a field off the Manor Way by-pass. 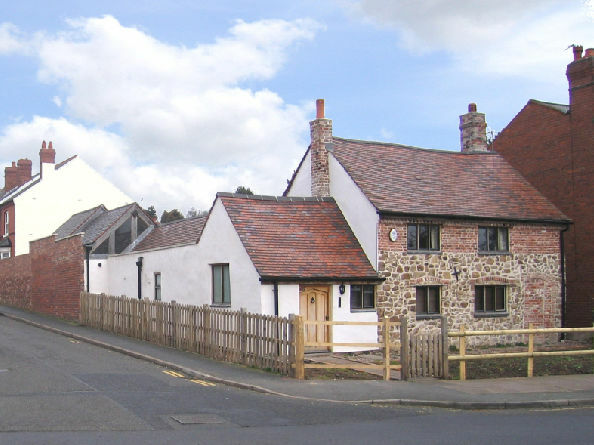