Oldbury is a town in the West Midlands in England. It is part of the Black Country and the administrative centre of the borough of Sandwell.

In 1974 Oldbury became part of the new Sandwell Metropolitan Borough and is now in the West Midlands Metropolitan County. The main shopping area is found in Birmingham Street. The towns central square borders the modern council house, a the new retail park and the Sava Centre.

The second nearest railway station to the centre of Oldbury is at Langley Green at Western Road, now the Birmingham to Worcester via Kidderminster Line.

Jack Judge (christened John, born in Oldbury, was a song-writer and music hall entertainer best remembered for writing the song ‘It’s a Long Way to Tipperary’.

The comedian Frank Skinner was born in Oldbury in Bristnall Hall Road. He has been a TV comedian since the late 1980s.

The boxer Pat Cowdell, was born in Oldbury. 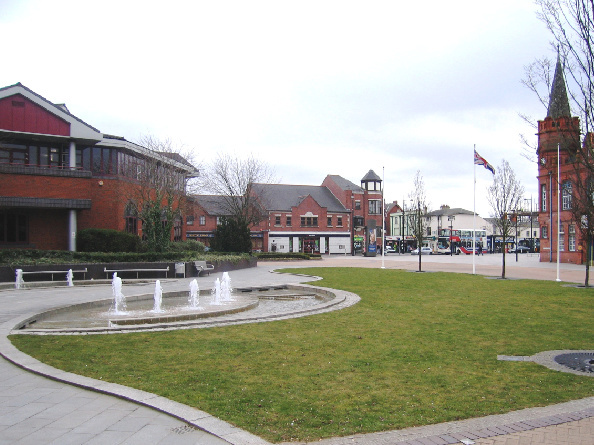