Halesowen is a town in the Metropolitan Borough of Dudley, in the West Midlands, England.

Although predominantly suburban in character, Halesowen borders on green belt land with access to the countryside, for example the Clent Hills. It has extensive road links including junction 3 of the M5 motorway, which allow easy commuting to Birmingham, other areas of the Black Country or nationwide.

The centre of Halesowen is home to a Norman church and a football ground (where Halesowen Town FC play).

During the 18th century Halesowen developed as a result of the Industrial Revolution. The manufacture of nails was the staple trade in the town and many mills were used for slitting and iron production.

A considerable amount of the housing stock in Halesowen is privately owned and was built in the 30 years which followed the end of World War II, although some parts of the town are still made up of Victorian and Edwardian terraced houses. The town centre was almost completely rebuilt during the 1960s. The high street was pedestrianised and the Cornbow Centre was developed, providing many new retail units as well as a new public library. The centre was again refurbished in the late 1980s and placed undercover. A further upgrading of the town centre took place recently, with part of the Cornbow Centre being demolished to make way for a new Asda superstore. The bus station was also rebuilt.

Located in Halesowen is Leasowes Park, which is considered to be one of the first, natural landscape gardens in England. The 18th century poet William Shenstone designed the garden, beginning works in 1743 transforming existing farmland he had inherited after his parents’ death. The parkland is Grade One Listed, as it is considered of national importance.

Nearby are the ruins of Halesowen Abbey, founded in 1215 by the Bishop of Winchester. The Abbey was the subject of an archaeological evaluation by Birmingham Archaeology and is now owned and managed by English Heritage 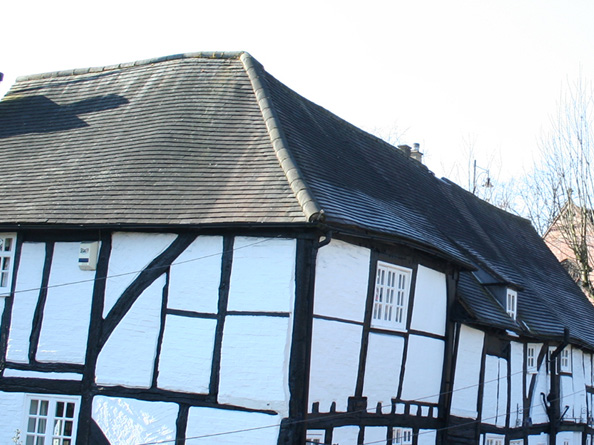