Hagley is a village and civil parish on the northern boundary of Worcestershire, England near to the towns of Kidderminster and Stourbridge. Its approach is identified by the Monument (an obelisk) on Wychbury Hill.

Hagley refers to the area of the original village, near Hagley Hall. Hagley Hall has been the home for several centuries of the Lyttleton family, whose head is Viscount Cobham. The majority of what is commonly known as Hagley is strictly West Hagley. The area developed in the late 19th century near the railway station. It has a healthy shopping street providing restaurants, a variety of shops, library and doctors surgery.

Hagley is separated from Stourbridge and thus the urban Black Country, by a narrow strip of green belt. It lies at the foot of the Clent Hills. The village is served by its own railway station on the Kidderminster – Birmingham line.

It is on the Birmingham to Kidderminster road, the A 456, which is known as the Hagley Road in Birmingham, because it was once administered by a turnpike trust, whose responsibility ended at the former boundary of the parish (now in Blakedown).

Lee Sharpe – former professional footballer with (amongst other teams) Manchester United. He was a former pupil of Hagley RC High School. 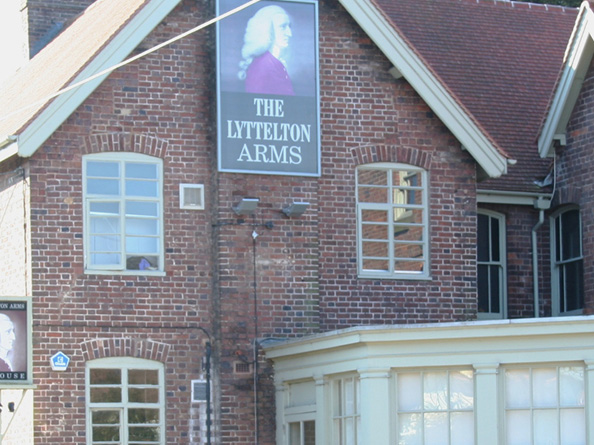